Sports Tourism: The spot from the South Aegean Region (video) 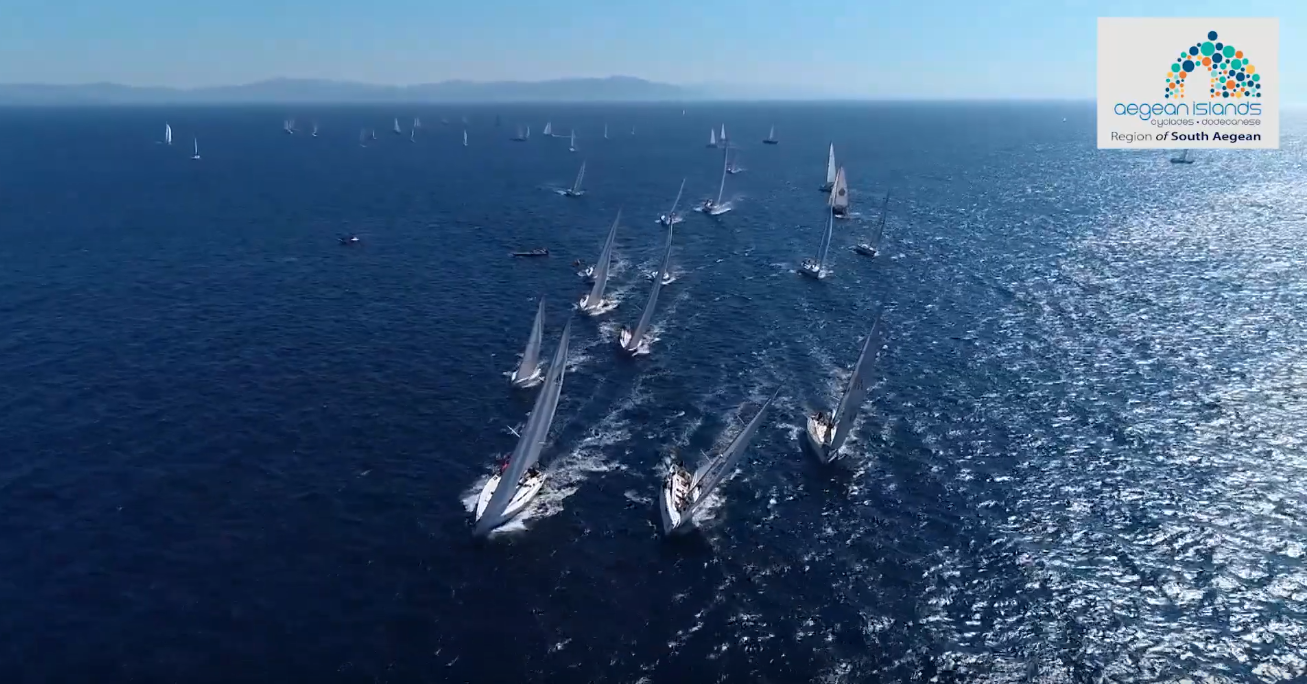 The new commercial from the South Aegean Region for Sports Tourism comes to strengthen the identity of the South Aegean as the Region with the most and largest sports events that are hosted on the small and large islands of Dodecanese and Cyclades!

As a result of an intensive effort lasting 4 years, the South Aegean Region succeeded in establishing the islands of Dodecanese and Cyclades as destinations of major sporting events hosting only for 2019: 21 International Games and World Sports Meetings, 27 Panhellenic Championships and 67 Championships. This wealth of sports events, which brought a large number of athletes and visitors-escorts to the islands of the Region and gave the whole Region great journalistic coverage in all countries of the world and in almost all sports, is the basis of its material. new advertising spot of the N. Aegean Region that joined its big tourist campaign.

Emblematic and not, international or national and local, smaller or larger, for amateurs or professionals, the sports activities organized, instituted and supported by the South Aegean Region in recent years are the fertile ground for the strengthening of sports tourism, through which The expansion of the tourist season is achieved to a certain extent.

Amorgian spectacle in the spot of the South Aegean Region

Amorgos is represented by two events in which the Municipality actively participates and have managed to become an institution attracting fans of sports tourism. These are the Amorgos Trail Challenge and the Authentic Big Blue.

The Amorgos TrailChallenge mountain running race highlights the uniquely beautiful trails of Amorgos and the Authentic Big Blue with international radiance highlights the irresistible endless blue of the island with the free diving competition.

The Regional Governor of the South Aegean, George Chatzimarkos, stated about the new sports tourism commercial:

“The new advertising campaign of the South Aegean, this year, due to the special conditions imposed by the pandemic, focuses the attention of the potential visitor on the core of the product offered by the Greek islands, ie that of the sun and the sea, however , this in no way means that the South Aegean Region deviates from its general development strategy to promote alternative forms, to enhance the reduction of seasonality and the enrichment of the tourism product.”Every step, every action of ours is based on a complete plan in the bigger picture, which is none other than keeping the islands of the South Aegean at the center of the tourist interest”.

We use cookies on our website to give you the most relevant experience by remembering your preferences and repeat visits. By clicking “Accept All”, you consent to the use of ALL the cookies. However, you may visit "Cookie Settings" to provide a controlled consent.
Cookie SettingsAccept All
Manage consent

This website uses cookies to improve your experience while you navigate through the website. Out of these cookies, the cookies that are categorized as necessary are stored on your browser as they are essential for the working of basic functionalities of the website. We also use third-party cookies that help us analyze and understand how you use this website. These cookies will be stored in your browser only with your consent. You also have the option to opt-out of these cookies. But opting out of some of these cookies may have an effect on your browsing experience.
Necessary Always Enabled
Necessary cookies are absolutely essential for the website to function properly. This category only includes cookies that ensures basic functionalities and security features of the website. These cookies do not store any personal information.
Non-necessary
Any cookies that may not be particularly necessary for the website to function and is used specifically to collect user personal data via analytics, ads, other embedded contents are termed as non-necessary cookies. It is mandatory to procure user consent prior to running these cookies on your website.
SAVE & ACCEPT