The Island of Sifnos, Unassuming Gem of the Western Cyclades 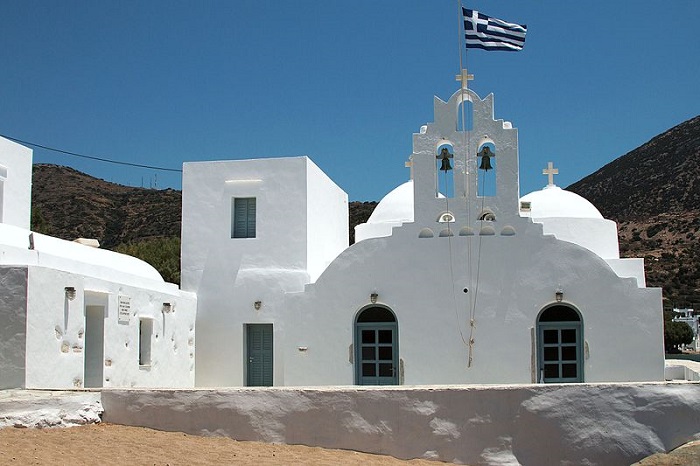 Sifnos, one of the islands of the Western Cyclades, is a balance of beautiful beaches, nightlife, pristine white villages, low-impact tourism — and perhaps the best food in the Cyclades.

The National Geographic once included Sifnos as one of the ten most charming and exotic islands in the entire world.

According to the magazine, “it’s just a spot on the ocean that someone could hardly notice on a map. Yet if you find yourselves there, you’ll know there’s no other place of equal beauty in the whole world.”

This spectacular jewel of an island, which boasts 227 churches, has served as the center of ceramics in the Cyclades for millennia; the earliest pottery found here dates back to the Early Cycladic period.

The island’s clay soil, in combination with its nearly continuous sunshine, resulted in the advanced development of the art of pottery on the island. Throughout the island there are many pottery workshops where you can buy fine traditional ceramics to decorate your home, as well as pottery utensils and other items.

The historic settlement of Kástro (meaning “castle”), inhabited since ancient times, is built over the ruins of ancient Sífnos, on a precipitous cliff with breathtaking views over the sea.

Boasting a beautiful outdoor museum and one of the most picturesque villages in the island, Kástro stands out for its charming homes with wooden balconies, its ancient columns and its narrow courtyards.

Manage Cookie Consent
To provide the best experiences, we use technologies like cookies to store and/or access device information. Consenting to these technologies will allow us to process data such as browsing behavior or unique IDs on this site. Not consenting or withdrawing consent, may adversely affect certain features and functions.
Manage options Manage services Manage vendors Read more about these purposes
View preferences
{title} {title} {title}